Public art has contributed to the overall design and high quality of Sheffield's award winning public spaces, including the Peace Gardens, Sheaf Square and Tudor Square. The richness and craft skills that artists bring help to make distinctive, well used and loved spaces.

Artists have a key role in involving and engaging local people in change in their neighbourhood. Often drawing on the history and local character of the area, their work can be seen in schools, public and private buildings, parks and open spaces.

We encourage Public art in all new major developments as a significant and integral part of design quality. We have a Public art officer responsible for overseeing this.

We are tendering two commissions for art works that will help shape a new park and create a city centre that makes everyone feel at home. Pounds Park will be based in the retail and commercial heart of the city centre and have a focus on young people and play.

We are looking for applications from artists who can engage with under-represented communities in Sheffield and bring new insights to strengthen the city's culture. We encourage applications from artists of colour or under-represented communities based on gender, class, sexuality and economic background. The art works will be commissioned by the Engagement Commission and the Metalwork Commission.

The artists will be contracted by Henry Boot Construction Ltd, the main contractor for the work on the park. Artistic guidance will be provided by our Public Art Officer and Client and Design Team. Completion of the park is targeted for August 2022.

The budgets are £108,000 for the Metalwork Commission and £40,000 for the Engagement Commission. Artists may apply for one or both commissions.

To apply, download the Common information Brief for the full application process. Individual artists, organisations or groups can apply. The application deadline is 5pm on 10 January 2022.

The Tinsley Art Project is a major public art project in the Tinsley Locks and Blackburn Meadows area of Sheffield. It's visible from the M1 viaduct and is the gateway to the city and region.

Following an open appointment process, the studio of British artist Alex Chinneck was appointed by the Project Board to create a significant public artwork inspired by the area's rich industrial history and natural beauty, supporting the wider regeneration of the Lower Don Valley.

In September 2017 Alex Chinneck unveiled a proposal for a series of four daring and playful sculptural ‘chimneys’ along the canal which will celebrate the area’s industrial heritage and speak of advanced manufacturing and engineering.

The first of these sculptures is an illuminated ‘cracked’ chimney which rises from a redundant canal side pump house. We are currently looking at the detailed design and feasibility of this sculpture and will know the buildability and costs at the end of November.

Close to Meadowhall Shopping Centre and well served by tram and bus routes the sculpture will act as a focal point to draw people to enjoy and benefit from the heritage, greenspace and nature that can be found along the canal. 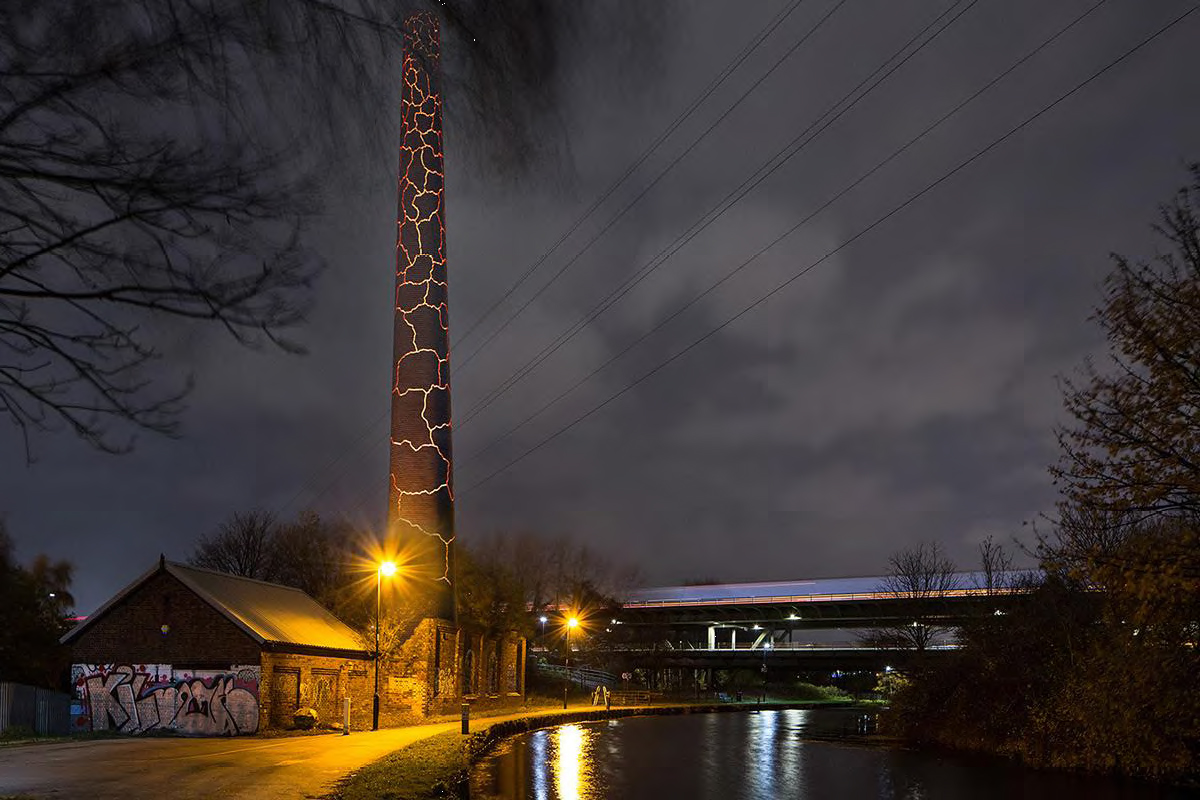 The Tinsley Art Project is funded by E.ON who pledged £500,000 to us following the demolition of the Tinsley Cooling Towers. It has also attracted further funding from British Land owners of Meadowhall.

The bronze statue, designed by leading sculptor Martin Jennings, stands outside the City Hall in Barker’s Pool. The statue is to celebrate the Women of Steel and honour those women who worked in Sheffield's steel works and factories during both World Wars.

More information about the Women of Steel

The stunning bronze statue which is a permanent memorial to the Women of Steel now stands proudly in Barker's Pool in Sheffield City Centre. The statue was unveiled on 17th June 2016 and over 100 surviving Women of Steel came along to the unveiling ceremony and lunch at the City Hall Ballroom.

During both World Wars, thousands of women were conscripted to work in the factories and steel mills to keep them running whilst the men were away fighting.

The women, many of them in their teens and early twenties, took on these roles, which were often dangerous and physically demanding, alongside looking after their families and other duties. At the end of the war these women were simply dismissed from the factories as the men returned and for many years their outstanding effort went unrecognised.

The Women of Steel are an important part of Sheffield's history and an inspiration to young people today.

The statue was created by leading sculptor Martin Jennings who worked closely with a group of Women of Steel to come up with the design.

The funding for the statue was raised through public donations and made possible through the enthusiasm and generosity of local people and businesses.

We have also been able to honour many of the surviving Women of Steel and the families of those no longer with us with a commemorative medallion specially produced by the Sheffield Assay Office. Following a request for applications nearly 800 medallions have been issued.