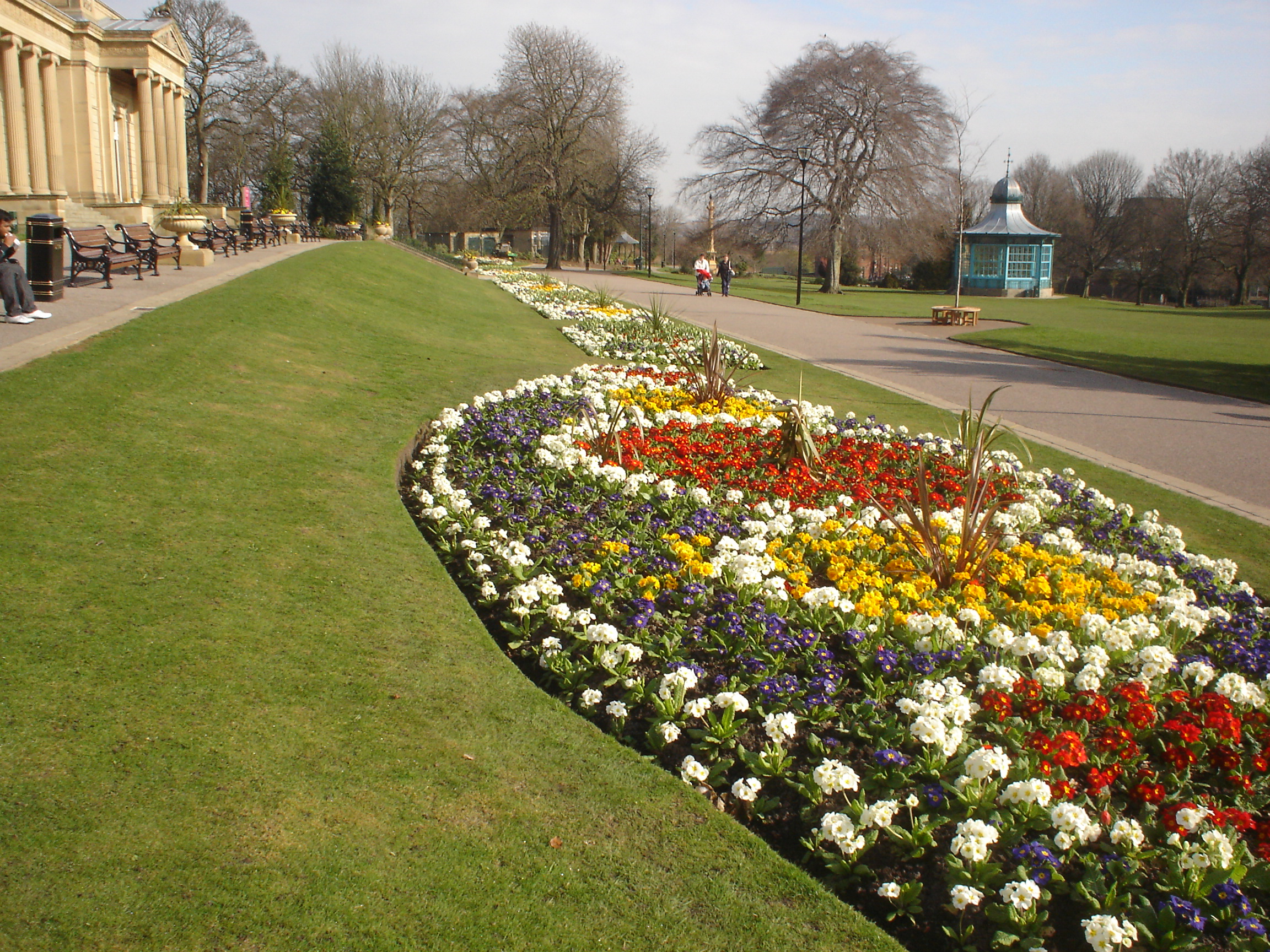 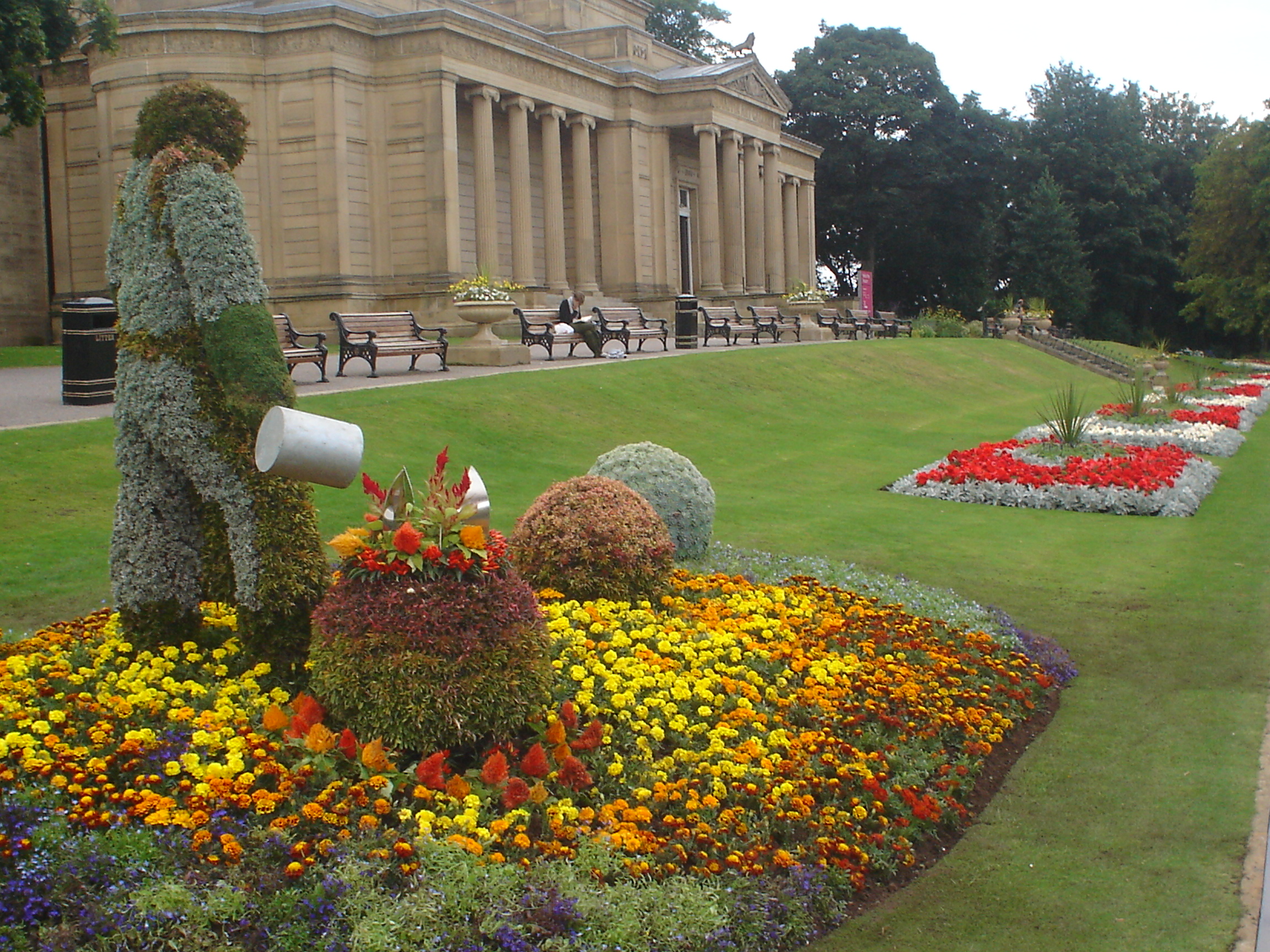 Weston Park is immediately west of the city centre, next to Weston Park Museum. It is situated next to the University of Sheffield Library, Geography and Firth Court buildings, and across the road from Sheffield Children's Hospital. Along with Crookes Valley Park and The Ponderosa it is one of the three Crookesmoor parks

There is no admission charge and Weston Park is open from dawn until dusk.

Getting to the park

The main entrance is off A57, Mushroom Lane where there is a car park.

Directions to the park on Google maps
Travel South Yorkshire

The park is a 20 minute walk or 10 minute bike ride from the city centre.

There are bus stops on Clarkson Street (A57) or on Winter Street on the other side of the park. It take around 10 to 15 minutes.

Weston Park was the first municipal park in the city and was developed from the grounds of Weston Hall, which the Sheffield Corporation purchased for £15,750 following the death of its owners, Eliza and Anne Harrison. The hall itself was converted into the Sheffield City Museum. Weston Park is an important historic park and is Grade II registered on Historic England’s ‘Register of Parks and Gardens of Special Historic Interest’.

The Weston Park bandstand is the last surviving bandstand in Sheffield. It was designed in 1874 by Sheffield architects Flockton and Gibbs. However, it was not built until c.1900 and was paid for by the profits from the original Sheffield tram system.

Ebenezer Elliott (1781 to 1849) owned an iron foundry in Sheffield and was also a poet. He campaigned strongly against the Corn Laws which put a tax on corn and made bread more expensive. Elliott’s poetry on the Corn Laws resulted in his nickname the ‘Paupers Poet’ or the ‘Corn Law Rhymer’.

After Elliott’s death £600 was raised by public subscription to pay for the monument. It shows Elliott sitting on his favourite rock in the Rivelin Valley. The monument was originally situated in Sheffield Market Place and was moved to the park in 1875. The statue was designed by Cornish sculptor N.N. Burnard.

Godfrey Sykes (1824 to 1866) was one of Sheffield’s most famous craftsmen. He was apprenticed to a Sheffield engraver and trained in decorative metal work techniques. He was a talented designer and won many awards gaining a national reputation for his work. In 1859 he moved to London where he supervised the decorative design of the Victoria and Albert Museum. The monument was erected in Weston Park in 1875.

The Boer War Memorial (also known as the Transvaal Memorial) commemorates soldiers from the York and Lancaster Regiment who fought in the Boer War 1899 to 1903. The memorial is double sided cast bronze with inscriptions of the soldiers who lost their lives. The memorial was originally situated on the forecourt of Sheffield Cathedral and was moved to the park in 1957.

The war memorial commemorates the soldiers of the York and Lancaster Regiment who died fighting in the First World War. A later inscription commemorates soldiers from the same regiment who lost their lives in the Second World War. The monument is topped with a bronze statue of Victory holding out a wreath. The memorial was erected in the park in 1922.

The Bandstand in Weston Park is licensed for civil weddings and blessings. A unique venue that is perfect for celebrating your special day.

Find out more and book your wedding venue